Over to the West Coast! 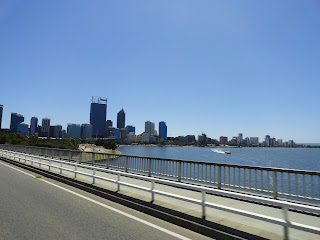 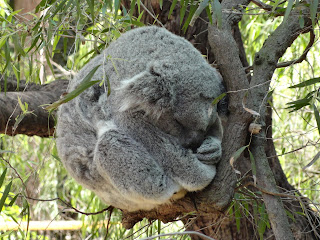 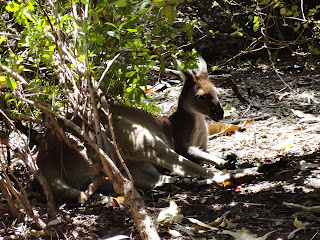 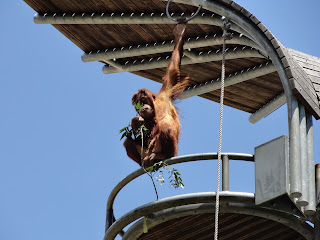 So on Wednesday, after the job acceptance, I got myself to the airport using the free one way bus shuttle ticket, and crossed a pretty exciting item off of my bucket list: walk into an airport and and book the next flight somewhere! So I booked the next flight to Perth and left an hour later.  For whatever reason, the flight backtracked to Sydney, then flew over to Perth.  I landed in Perth around 10:30pm local time, and took a shuttle to the YHA Perth City hostel downtown. When I got into the room around 11:15, I tried to be super quite, since it was a six female room, but a girl on the top bunk sat up almost immediately and welcomed me in and told me it was fine to turn on the light! It was just her and another girl from Austria that were there and they'd just crawled into their beds.  Jenn is from Montana and Christine is the girl from Austria, and are both traveling alone!  They met the day prior, and their plans to travel up the west coast meshed perfectly so they'll be heading to Broome next week! Traveling is amazing.  You meet so many other friendly, like-minded, and welcoming people.  It's addicting.  We chitchatted about our respective adventures, what brought us to Australia, and what our plans were for our time in Perth and for longer term travels in Australia.  Looks like the girls will be heading east in May, and we may meet up!I got up in the morning around 8am, showered and got ready for the day.  Dad had suggested I visited a zoo, since they're always a good start in a new city and they're always entertaining!  I bought a transit day pass for $11 and hopped on a bus to the zoo, which was about 20 minutes away.  The zoo was great!  The highlight for me was hands down, no question, the little koala curled up in a ball.  So cute and soft looking and I just wanted to hug him!  He didn't moved much more than a simply readjustment, and that was it - but it made my day.  I literally stood there leaning on the railing for twenty five minutes waiting for him to show his whole face!  There was another one on the other side of their little zoo habitat, but he was too wrapped in branches to see well.  The koalas don't live on this side of the country, so I will look forward to seeing them in the wild when I'm back on the east, and up along the coast 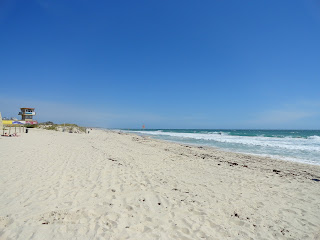 next summer here.  Another highlight was obviously the kangaroos - but I didn't get half as excited as I will when I see them in the wild! Maybe on and around the farm next week!  The Orangutans have a pretty elaborate set up too! They have these wild jungle gyms with levels high up with covers that are supposed to be like trees.  They carry around baskets and put things in them, and even have working pulley systems to move things up and down from each of their levels! So neat to watch. 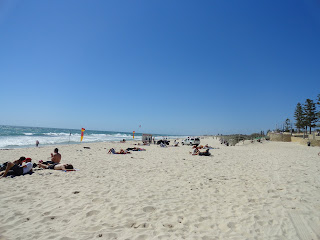 I have to share this, because I thought it was so sweet and it made me laugh... On a quick bathroom break, while washing my hands, I heard a mom and her three or four year old girl conversing about the little girls tongue bleeding. Apparently it was from a lolly, that got sharp and cut her tongue? Anyways, it went a little like this:

"Bubs, why is your tongue bleeding?!"
"It's from the lolly mum, remember?"
"Are you okay? Are you sure that's what it's from? Would you like some water"
"I think I need a band aid mum."
"You can't put a band aid on your tongue my love."
SO CUTE! SO INNOCENT! Made me smile. 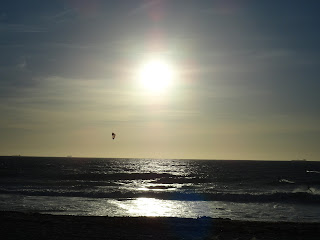 So I saw countless animals of all shapes and sizes, and took numerous pictures, then got myself back onto the bus and made my way down to the Scarborough Beach in Perth.  It was almost excessively windy at times, but died down as the afternoon progressed.  What a beautiful beach! It goes on forever! I sat on the beach and read for quite sometime, and at times just sat and though and reflected.  I am one happy little human these days.  What an experience to be traveling alone.  Nearing five o'clock,  wind was a little chilly, and I wasn't ready to go home, so I found a half price hoody (or as the Aussies call it, a jumper... with the 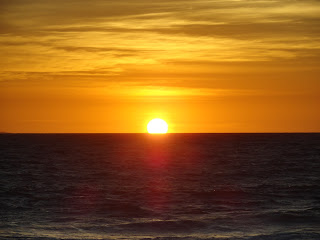 accent, a jumpa! haha!) in a surf shop along the beach and talked to the staff there who were super friendly and interested in my travels.  There was a young lad there named Matt, who was just ending his shift and offered to show me some of the hostels around the coast in case I was interested in spending a night closer to the beach.  He's 22, and just got back from a three month solo tour all over Europe.  I told him the only thing I had on my agenda for that night was watching the sunset over the Indian Ocean.  He said he was happy to join me!  I really enjoyed the company, and our talk about travels and life were great.  He's a good kid and sounds like he's been really well raised in an amazing family 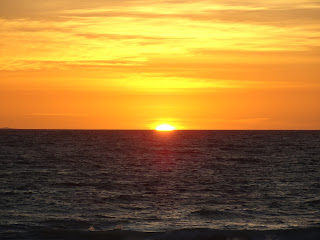 here on the coast.  The view they have from their house is of the ocean, and they have the view of the sunset every night.  We chose to sit on the beach in the sand and talked until the sun hid itself from us for another day.  The most beautiful yellow flowers scatter the sand dunes and grassy areas along the beach after the sun goes down.  I have no idea what they're called, but they are so pretty!

Matt and I parted ways at the intersection by the surf shop, and I popped back in quickly to say bye to the other staff I'd med earlier in the day.  A night shift staff member of course, asked me where I was from 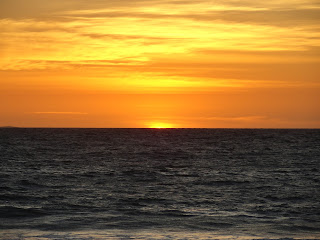 and when I got here.  I had hardly finished my thoughts when a guy jumped out of the change room (clothed!) and told me that he too had just arrived on a one way ticket a week and a half ago and was just touring around solo as well.  His name is Jules, and he's a french fella from Winnipeg!  We went out for a drink at a restaurant a few doors down from the surf shop and talked for an hour or so about anything and everything before taking the bus back into the city and parting ways. I met up again with him this morning and we just talked and chilled in the city.  He left this afternoon for Margaret River, three hours south of Perth on the coast.  He's a hoot, and definitely a free spirit and old soul much like myself.  We clicked instantly, and he seems to be so happy and adventurous! I'm sure I'll see him again on my travels here in Australia!

As for now, early afternoon, I am getting myself organized to go back to the beach by bus, where I plan to sit and read and soak it all in while I'm here.  I am not sure what the weekend will bring, but that is the fun of solo traveling!  I did speak to Christine about meeting her and a friend she met from Germany at the bus station at 8am, and going with them to a market about a half hour outside of the city!  That kind of thing is right up my alley, and I'll most likely be joining them!

Will be in touch! Have a great weekend! 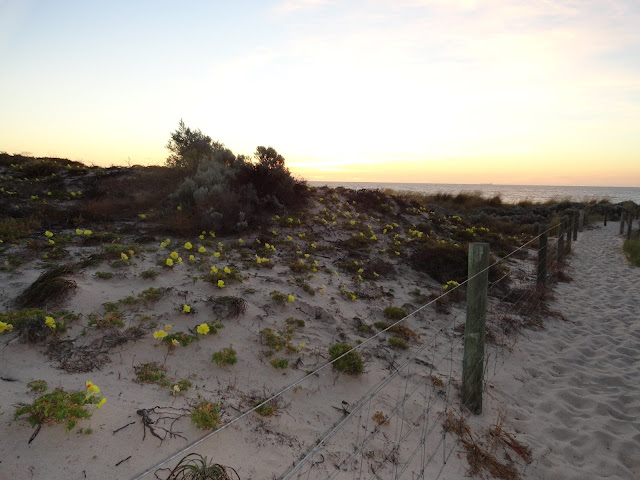