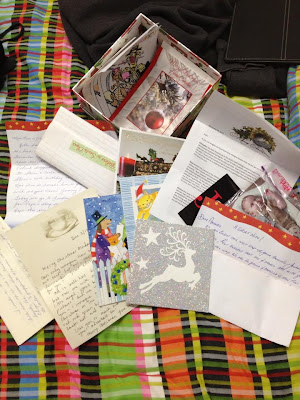 Another two and a half weeks have gone by, and I can’t quite figure out where they went.  In another week, I’ll be in Melbourne!  Onto the next chapter; flippin’ pages like a boss these days.  I will admit right off the bat though, that this is a short and boring quick catch-up before my next, since the next one involves Rotary and some exciting news!

To start, I got my long overdue package from Christmas time – FULL of letters from family members and friends!  Even though I had been brought up to speed on everything they mentioned via email or phone calls or the lovely Facebook, it was such an enjoyable thing to sit down and go through the letters one by one.  Thank you to Allison for getting the letters from everyone and organizing the best (even if late!) Christmas present!  The most thoughtful ones are the best! 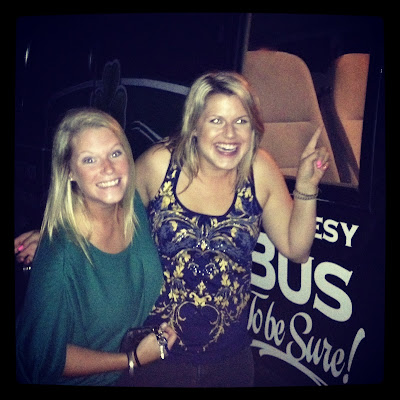 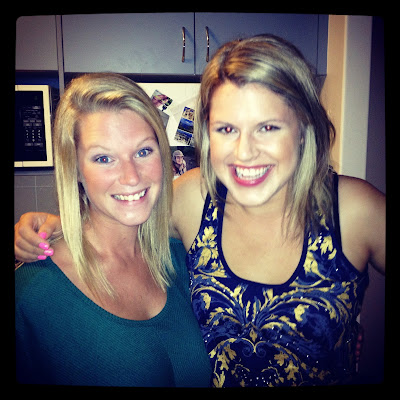 The second week in April, Wentworth hosted a Low Stress Stockhandling school, which was led by Jim Lindsay.  We turned the carport into a “classroom,” with chairs and a projector screen and a whiteboard.  There were roughly 30 people here; people in their teens, some in their mid twenties, and people in their fourties and fifties.  The weather certainly did NOT cooperate for the outdoor practical component of the school, as it rains the afternoon of the Tuesday, and all day Wednesday!  It rained four inches that week, and left the roads hazardous, and everything soggy!  Jim and his lovely wife Terry had flown in, using the airstrip here at Wentworth – it’s grass, but does the trick!  Anyways, it was so wet and soggy that Jim and Terry were stranded here at the station for two days!  You never fully realize how immobilizing rain can be until you’ve lived somewhere like this.  There are two driveways into Wentworth, and an airstrip… the one road wasn’t drivable until nearly a week after the rain stopped, and even the gravel road took days to be “safe.”  Their airstrip was a mess – but! – they managed to fly out on the Friday afternoon, although it was a bit of a process.  Richard and Jim went out to the end of the gravel road here to suss out the conditions there.  They even measured it out for Jim to land and take off on it!  Back at the house, they only left enough gas in the plane for it to make it to the gravel road, and Jim – Terry and their belongings and some more gas to get them home were driven out in Richard’s ute to meet Jim when he landed.  It was nice to have the 30 or so people around Wentworth for the two/three days, even if we were in close quarters for most of it! 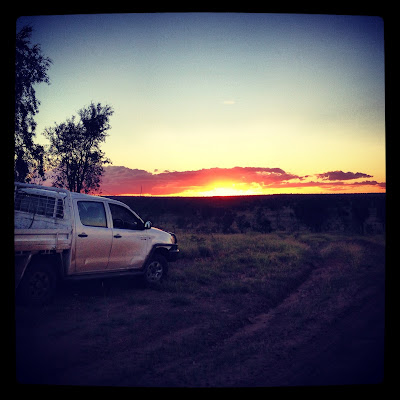 That weekend, I took the work ute past Emerald to the station where Ange was staying, called Arcturus Downs.  Ange’s birthday was on the 12th of April, so I went to enjoy her day with her!  On the Saturday, we both got mani/pedis and she got her hair highlighted and trimmed!  Girls’ day!  It was fantastic.  That afternoon we attempted a nap in the back of the ute, parked in a covered parking space at a motel… which was pointless! Between being munched on by huge mossies and continuously thinking we heard someone coming, we just couldn’t get much rest!  Definitely worth a laugh though.  That evening we met up with some of Angela’s friends!  They hosted a barbecue for her, and then we all headed into Emerald for the night of drinks and dancing. 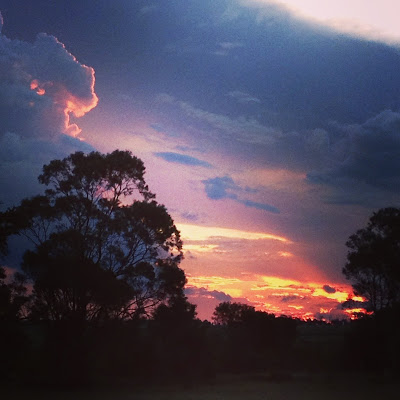 I took Ange back to her station the next morning then headed back to Wentworth, which ended up being a perfect, scenic, multi-stop drive home.  I stopped several times on the side of the road to get some pictures, and ended up chasing the sunset when nearing Wentworth.  The sky here, like I’ve said before, displays some of the most incredible colours and horizons I’ve ever seen.  Richard and I had to go fix a pump at one of the dams two weeks ago, and coming back, you could see the sun setting behind a sheet of rain.  The sky was a blend of every shade or pink and purple you can imagine, from bright and exciting to dark and fierce.  I love the outback.

I think I am going to end this blog here and immediately jump into another, because the next topic: ROTARY INTERNATIONAL! – is going to be a biggie! 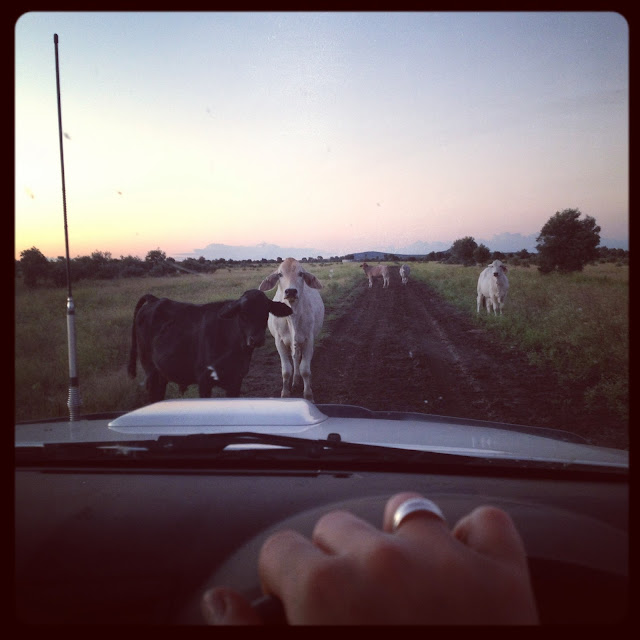